What’s the one thing in common between construction workers, athletes, million dollar contractors and all other professionals! Well, it’s that at some point all these people will have to prepare themselves to take a drugs test. Despite the rush to legalize marijuana over the past years, drugs tests are still conducted by both employers & police officers!

Weed drug tests are conducted by companies to ensure the safety of workers. Therefore, a company is not liable in the case of a drug-related accident in the workplace. True, certain drugs like cocaine, ecstasy or meth do impair your senses and compromise your ability to make decisions.

In the eyes of the law, marijuana is still a prohibited drug. Simply put it means that a positive drug test can lead to losing your job, even in a state where weed is legal. Until marijuana is not classified as a Schedule 1 drug by federal law, we’re going to continue seeing such cases. All thanks to drug testing.

What does that mean for an average recreational user? Do you have to completely change your lifestyle, so you don’t have the threat of immediate dismissal hanging over your head? Will you have to give up a well-paying job in favor of another that doesn’t discriminate against marijuana users? Well, you don’t actually have to make such drastic changes.

Nowadays, drug tests have a high degree of accuracy. But here’s the thing: you CAN beat a drug test.

There are methods available to most marijuana users that can help them pass drug tests. From specialized shampoo for a hair follicle test to synthetic urine for urine drug testing, drug testing solution companies have found ways of passing a drug test.

Specifically, people in the US are becoming more familiar with drug detox products to beat their tests. These are detox drinks that help to flush out all traces of THC and its metabolites from your system.

So do these drinks actually work? Let’s find out! 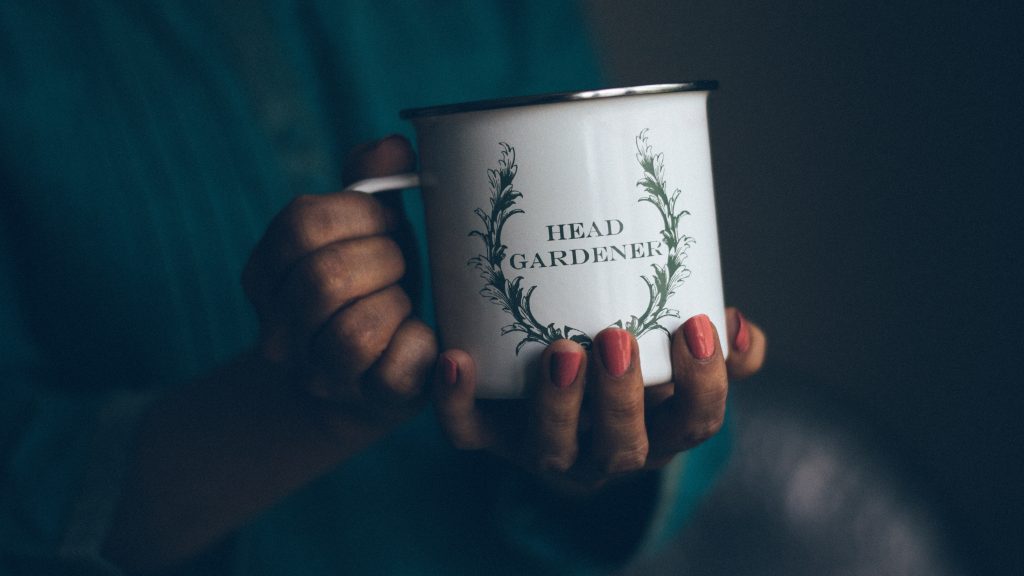 Let’s talk a little more about the federal law classing marijuana the same as cocaine or LSD. With this classification, marijuana is labeled as having the same health & safety consequences. Obviously the coke and acid are a lot more potent.

We all know that not only is marijuana a safe drug to use, but it also has well-documented medical advantages. Most of us are already making good use of these advantages. As a matter of fact, facilities around the globe are using marijuana as a form of medicine. The use of marijuana as a medicine has been seen across a variety of different cultures for more than thousands of years.

About a hundred years ago lawmakers in the USA decided to assign moral value to this harmless drug. Thus marijuana was made illegal across the entire country. Think about it: could LSD be used for medicinal purposes with a few side effects, like marijuana?

In recent years, we’ve thankfully seen a massive shift in both how marijuana is perceived, as well as its legalization. The biggest step of all, multiple states have legalized marijuana for either recreation or medical use.

However, even in states where this drug is legal, there’s a caveat in the form of workplace drug testing, which still falls under federal regulation. Consequently, it is legal for the employer to dismiss an employee on the grounds of positive marijuana drug results. In turn, this makes the legalization status at state level irrelevant.

Drug tests are a common practice in US workplaces. More than sixty percent of employers subject their employers to urine drug testing, according to a survey by the American Management Association. This survey also included findings where more than fifty percent of all employers in the US use drug tests as an essential part of the hiring process. It means that if an individual is eligible for employment, he/she needs to pass a drug test.

Urine drug testing is the most common form of drug test in the US. A urine drug test is less expensive than a hair follicle drug test, however, offers more accurate results than a mouth swab drug test. 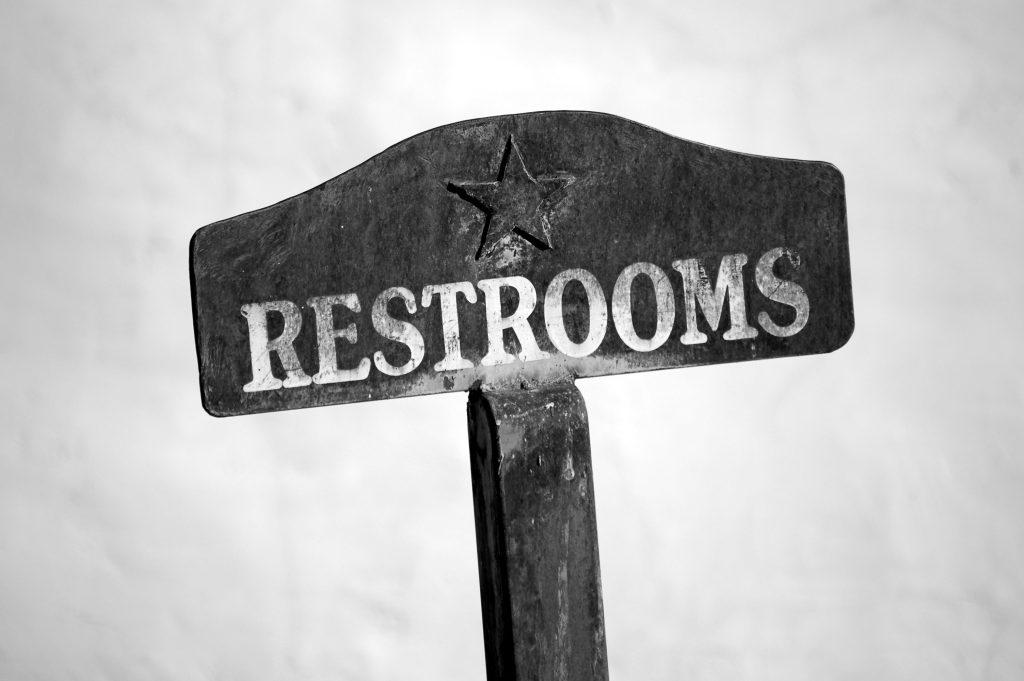 As mentioned above, the most common form of drug testing is the urine test. During the hiring process, an employer can ask you to go through one of these tests. This requires you to submit a sample of urine at the closest LabCorp, where they will test it for any traces of illegal drugs.

Urine drug tests look for traces of THC-COOH. This refers to the metabolite that forms when THC, the psychoactive ingredient in marijuana, reacts with your body.

THC-COOH remains in the system for longer than it takes for the effects of marijuana to fade away. You stop feeling high after some hours, but the fat cells in our system absorb the THC-COOH compound. When these fat cells are burned, the THC-COOH is released back into your system and finally reaches your urine.

Thanks to THC-COOH’s fat soluble properties, marijuana is easily detectable in urine for up to 90 days. Although, this figure depends greatly on factors like your body mass index (BMI) as well as smoking habits (such as your frequency and dosage). This is why marijuana remains detectable over such a long timeframe, especially when compared to other drugs. More dangerous drugs pass out of your system relatively easily. No wonder, the vast majority of positive drug test results are from marijuana.

So, how do you pass a urine drug test?

We mentioned detox drinks in the introduction as one viable way for recreational drug users to continue with their lifestyle without the risk of being terminated for their freedom of choice. A lot of people use detox drinks for passing a drug test but not necessarily for the reasons you might think.

There are a lot of myths in the marketplace about these drinks with regards to how they function. All in all, people think that detox drinks cleanse & detoxify your body by removing both THC and its metabolites from your body entirely. Plenty of celebrity endorsements and big-budget marketing campaigns are reinforcing this concept to sell more products.

However, that’s not exactly how detox drinks work. It’s actually to prevent the detriment of their credibility that brands make such claims. So let’s have a look at some of the most pervasive and problematic myths surrounding the use of detox drinks. It will help you figure out using them effectively for passing a urine drug test!

This is probably the most frequently asked question with regards to drug test drinks. Both bright-eyed job applicants and recreational drug users in the American workplace want to know whether they can secure & maintain their jobs by using these drug detox products.

Unfortunately, there is a ton of inaccurate and misleading information as well as myths surrounding how these drinks work. We’re going to look at these myths one by one.

Hundreds of cleansing beverages that claim to detoxify the body exist in the marketplace. The body cleanse drinks claim to completely flush out any and all traces of THC and its metabolites from the system. However, it is not scientifically possible to do so. There is no such body cleanse drink in the market that allows you to increase the rate at which THC is forced out of the system.

The truth is a little more nuanced than that blanket statement. Detox drinks don’t work by removing THC-COOH or THC directly from the body. What they do instead is prevent the body from producing and releasing any surplus THC.

Yes, you heard it right. There is no way to artificially speed up the process of expelling marijuana from the body. The body needs to expel the metabolites naturally in order to get rid of the toxins. The immune system, in collaboration with the spleen and kidneys, all work together in order to expel any THC toxins. So the claim that these toxins can be flushed out within a span of hours by drinking detox beverages is obviously incorrect.

You can only help the body get rid of these toxins by drinking plenty of water, doing exercise, having a healthy diet, and absolutely abstaining from marijuana until the test takes place.

So, Do Detox Drinks Work At All Then?

Yes, they do, but not quite how most brands claim to work.

While detox drinks cannot cleanse the system, they can help mask the presence of drug components and make it hard for the lab testers to detect them. Detox drinks do not detoxify the body, but they can still be remarkably effective at helping you pass a drug test, as long as you follow these instructions faithfully.

If you’re using a standard detox drink, consume the bottle quickly. Then, refill the bottle with water twice over the course of a day. You need to be frequently consuming a lot of water so you can urinate with frequency as well.

The more you urinate, the more THC and THC-COOH will get out from your system. Any urine samples taken after the heavy consumption of a detox drink should contain an amount of THC-COOH that is significantly a lot lower than before, in fact undetectable. This should lead you to a negative test result.

Keep in mind that the probability of your success with a detox beverage depends greatly on how close you follow the instructions. Also, it depends on the brand you are going to choose. Remember, it is vital that you choose a brand that is reliable. It’s because you are definitely not going to get the results you want with a low quality or cheap option. 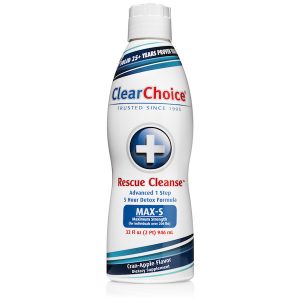 The success rate between the three of these is roughly comparable. All of them are available for purchase in bottles of 16 or 17 oz and 32 oz. The 16/17 oz bottles are the ones that are reliable for users who weigh less than 200 pounds. The 32 oz bottle is not advisable for these users, as it may result in the dilution of urine. Users who weigh more than 200 pounds have more fat cells in their bodies. This results in greater absorption of THC-COOH. That is why they require the larger 32 oz product.

We’ve come to some satisfying conclusions in this article.

Can detox drinks actually work as most brands claim and totally flush the body of marijuana toxins?

Are the most popular brands still effective enough for recreational marijuana users to pass their drug test?

YES, as long as they follow the instructions closely. Be aware of the myths surrounding detox drinks. All things considered, select a beverage that is high quality in order to ensure passing your drug test with flying colors.